Wait-time trends are down at the MA RMV

With the installation of the Real ID system in Massachusetts, the employees of the RMV had been working to learn the new system as quickly as possible to maintain standards and wait times at all branches.  As employees have gotten used to the system, the wait times at branches have improved significantly.
"The process of switching over to Real ID was initially a challenge for our members.  They learned to operate a system that was brand new to the entire state.  Now, wait times at the RMV are down, and residents of MA are pleased with the improvements," said MassDOT Unit A President John Mann. " It only made sense that as the RMV moves into the 21st century, the employees wages would follow."

BOSTON, SEPT. 27, 2018....More than four months after the state started issuing driver's licenses that comply with the federal Real ID security law, the standard license continues to be the most popular service option for customers at Registry of Motor Vehicles locations, according to data presented Monday.

For customers who get their licenses at AAA locations instead of RMV branches, however, the Real ID is the most popular option, Registrar Erin Deveney told the Department of Transportation Board of Directors.

Massachusetts in March began offering the Real ID-compliant licenses, which require additional documentation to obtain. Starting Oct. 1, 2020, the standard licenses that are not Real ID-compliant will no longer be accepted as identification for domestic air travel or entering federal buildings and nuclear power plants.

The Saugus AAA branch, the location that issued the most licenses in August, issued nearly 1,600 licenses that month, of which less than 500 were standard and the rest were Real ID-compliant, according to Deveney's presentation. Meanwhile, the Haymarket RMV in Boston issued more than 10,000 licenses, of which roughly 6,000 were standard.

The launch of the Real IDs and a corresponding new computer system earlier this year led to delays and longer lines immediately after the switch.

The agreement, according to MassDOT, will allow approximately 528 nonprofessional clerical and administrative staff members to receive 2 percent wage increases for three years, with the first taking place retroactively on July 1, 2017. 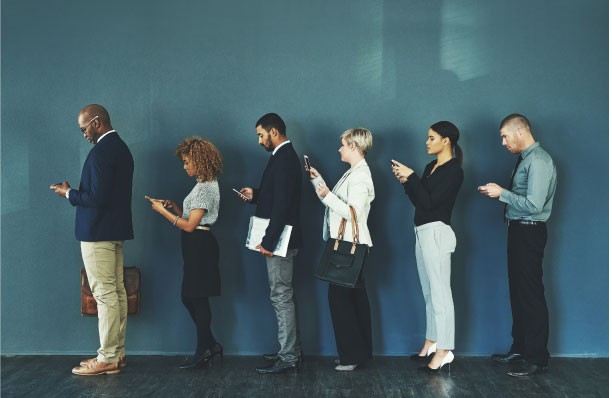