Every year the Springfield Patrolman’s Union raises money for charities in the Springfield area. This year, they decided to support to children’s charities, raising a combined $10,000 for Shriners Hospital for Children and Griffin’s Friends.

“We’ve made a decision that we wanted to give to two of the best charities locally, we chose Shriners Hospital for Children and Griffin’s Friends. We’re able to do this based on tremendous support we get from the Springfield police officers, volunteers and from some of the great businesses in the area that have supported us over the years,” said Joe Gentile, president of Springfield Patrolman’s Union and IBPO Local 364 Charitable Foundation. “We are able to this year give checks in the amount of $5,000.”

Ambrose, a 36-year veteran of the department was shot on June 4, 2012, as he responded to a reported domestic complaint at an apartment on Lawton Street in the city’s Sixteen Acres neighborhood.

“Kevin was a sports guy. I played with him in a golf tournament. We had a police league golf tournament are going on now, so we played golf every Monday night together,” said Steve Tatro, an officer in the Springfield Police Department and friend of Kevin’s. “So when we started talking about devising a charity and coming up with ways to raise money, we thought of a golf tournament. It was kind of one of Kevin's passions.”

The two charities that are receiving $5,000 raised in the golf tournament are Griffin’s friends and Shriners Hospital for Children.

Griffin’s Friends is a group of volunteers dedicated to providing support to children with cancer and has just celebrated its 25th year of being an active fund.

“This is incredible for Griffins Friends. This one specifically supports all the families and the kids who are currently going through cancer treatment,” said Mia Gorecki, program director and event coordinator with Griffin’s Friends. “We rely heavily on third-party donations such as these.”

Gorecki explains that this donation and others help to provide the children they support with activities like going to a basketball game or attending a Thunderbirds game.

Of the two checks given, the second went to Shriners Hospital for Children.

“It’s huge for the hospital. This money will go into helping thousands of kids,” said Stacey Perlmutter, interim director of development at Shriners. “Last year we encountered 14,000 patients. This money will help us take care of those patients that are coming in this year.”

“The generosity overwhelms me. It’s just an incredible feeling knowing that there’s so many people out in our community who want to help our kiddos,” Perlmutter added. 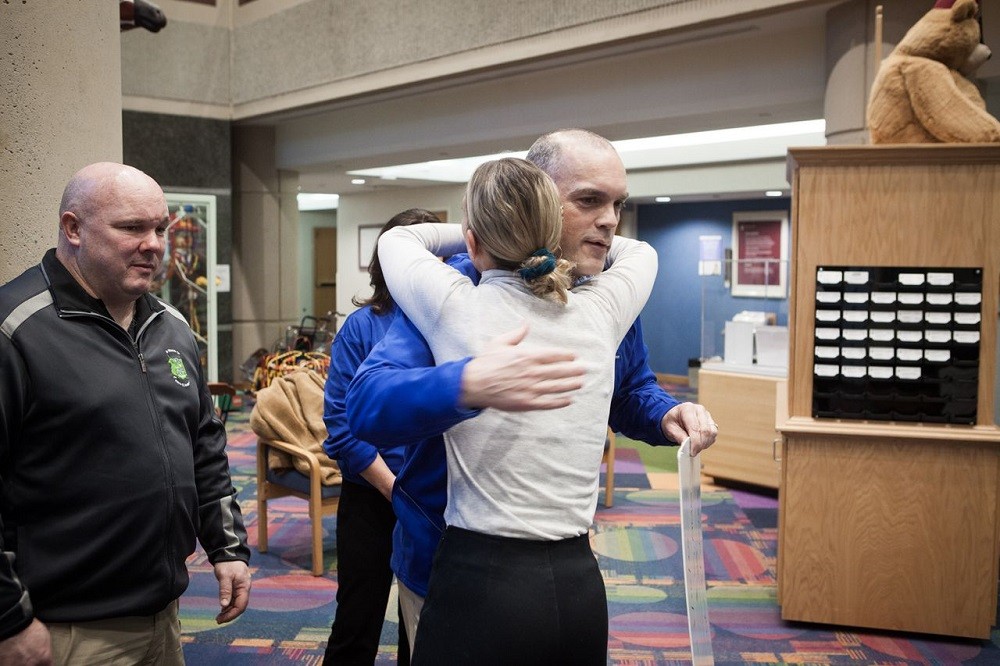