Fednewsradio.com—Jack Moore reports: The National Council on Federal Labor-Management Relations is getting ready to launch new tools to help partnerships between agency management and federal- employee unions better measure their effectiveness.
Union officials, who make up one-half of the labor-management forums, say it won't be a moment too soon.

A handful of agencies are months late in compiling metrics on the use and effectiveness of the forums, according to a report presented at a meeting of the labor-management council Wednesday.

Collecting and reporting metrics "has been sort of the weakness for most of the forums, because I don't think there's been a good understanding about what they are and how to develop them," President of the National Federation of Federal Employees Bill Dougan told Federal News Radio after the council meeting.

When President Barack Obama issued the executive order in 2009 mandating the creation of agency-union cadres, it harkened back to a Clinton administration initiative calling for more collaboration between agency leadership and labor.

But what set Obama's order apart was its focus on using the forums to not only improve manager-employee relations but also to find ways to improve agency operations and government services. Council members hope a new set of tools will help the forums get better at evaluating how they're doing on that front.

Among the tools are a "quick-tips" series of webinars explaining best practices for collecting metrics, including leveraging the expertise of agency performance improvement officers to help identify goals for their groups.

The webinars will be presented on the online career development portal HR University as well as the Office of Personnel Management's YouTube page.

So far, some agencies have seen success in using the forums to make progress on agencywide goals.

For example, an agency-union forum at the Agriculture Department's Rural Development office helped improve call-response times to its home-loan servicing center. At the Homeland Security Department, greater collaboration between the agency and its unions helped increase the number of mobile-ready employees by more than 61 percent and boosted the number of teleworkers on agency snow days by more than 111 percent compared to the average day.

The council has also prepared a list of frequently-asked-questions on the topic of "predecisional involvement," in which management and labor organizations sit down to discuss issues before they reach the level of bargaining or negotiation.

Unions frustrated with missed deadlines
Agencies were supposed to report on their forums' metrics by the first of the year. By Wednesday's meeting, 44 agencies have provided metrics, while eight agencies have yet to do so, which Dougan called "troubling."

Even more agencies missed the January deadline but turned in their metrics in time for Wednesday's council meeting.

However, the council did not provide a list of delinquent agencies or an analysis of why they had missed the deadline.

OPM Director Katherine Archuleta, who co-chairs the council, said she would work to provide that information to the full council.

Many of the union representatives at Tuesday's meeting expressed frustration that agencies still have not turned in their reports.

"I'm sure it's as annoying to you as it is to us that they're ignoring a presidential executive order," David Holway, national president of the National Association of Government Employees, said to Archuleta and the council co-chair, Beth Cobert, the Office of Management and Budget's deputy director for management.

Holway said the council should request delinquent agencies appear before the council and explain their tardiness in meeting the deadlines.

However, neither Archuleta nor Cobert addressed that idea.

"Nobody wants to make a public spectacle or potentially embarrass an agency in a public meeting like this," Dougan said after the meeting. "So, I think that's part of what's going on. But on the other hand, if agencies and agency leadership are not doing what they're supposed to do under the executive order, I think it's important for the council to know why."

Overdue reports and haphazard data collection are the latest in a string of concerns union representatives have had with the labor-management forums. Labor groups expressed frustration over the last few years with the slow rollout of the partnerships across government and the tepid response from agency members of the council in addressing it.

"My concern at the outset of being on this council [was that] we would sort of celebrate our successes and ignore our failures," said Greg Junemann, president of the International Federation of Professional and Technical Engineers.

The tenor of recent meetings has been, "Let's talk about the roses and ignore the fact that there are weeds in this garden," he said. 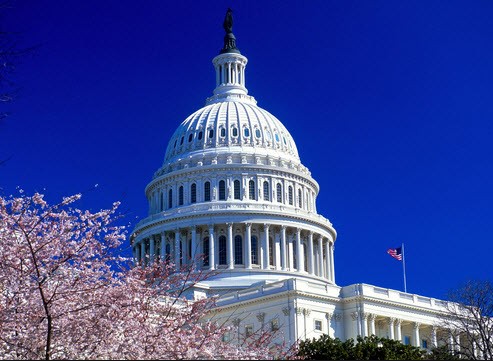