NAGE Local R14-139 Raises the Standard in the Midwest

The city of Waynesville, Missouri recently updated its emergency alert system to “Code Red,” which requires a smart device such as an iPhone, iPad, etc. Despite the advancement, there is a significant number of elderly residents of Waynesville who either cannot afford or do not know how to effectively operate new technology that the code red warning system utilizes.

NAGE Local R14-139, with the support of members, donated to the city council and ultimately picked up the total cost of purchasing emergency broadcast radios to give to the elderly in need. The $600 donation portrays the importance NAGE members place on working with local officials to make their community a better place.

Robert Richards, President of NAGE Local R14-139, spoke on the event stating that for his Local’s members, bettering the community “is who we are” not “something we say or a slogan we wave.” President Richards and the members of Local R14-139 provide a great example of how beneficial partnerships with local officials can be, and NAGE is proud to support their Locals endeavors. 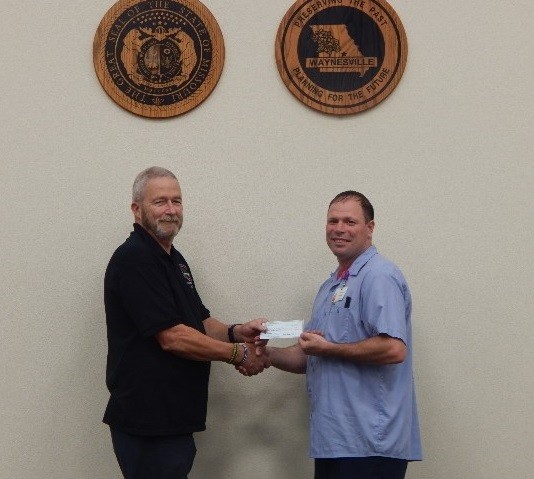