Published in the ctpost
December 18, 2019
Written by Linda Conner Lambeck

Hats off to NAGE R1-200 member Harry Bell for doing so much for the children in the Bridgeport, CT community!
School security guard out to warm Bridgeport youth


BRIDGEPORT — Harry Bell is no stranger to toy drives.

The Curiale School security guard who is also a coloring book author and youth mentor has run his fair share of them. They turned out great. But in doing so, he noticed a good number of the children who eagerly snatched up action figures or board game were under-dressed for the weather.

“I was sitting back and seeing kids were happy,” said Bell. “But they were coughing. Runny noses. Puffy eyes.”

Many came to the drives in no jacket or a jacket too small.

Bell said he thought to himself he was giving kids what they wanted but not necessarily what they needed.

So this year, Bell started a Warm the City coat drive. With the help of WeCare, a non-profit that runs an afterschool program out of Trumbull Gardens and several neighboring communities, nearly 200 new and gently used kids coats were collected.

The first round will be given out at noon Dec. 21 to a select group of children, with a community-wide giveaways scheduled for the afternoon.

Many of the coats still have the tags on, Bell said. They come in all sizes and all varieties, including windbreakers, wool coats, puffy coats, rain coats and windbreakers. Along with the coats came a good number of hats, gloves and scarves.

In addition, Bell said he teamed up with Eve Storry, a Trumbull resident, to be introduced to Silverman’s Farm in Easton which donated 100 pies to give out to families as well.

On Saturday, the first 30 coats will be handed out at a special luncheon for children whose parents have died, are in the military, are incarcerated or deported.

Then from 4 to 6 p.m. at the Trumbull Garden Community Center, the giveaway will be open to the community on a first come, first served basis.

“What we have is what they are going to get,” Bell said.

In addition to Storry, Bell credits Stephen Nelson and Darrett Evans, director of WeCare, with being a sounding board to his ideas.

Nelson, Bell said, is the one who told him what he does with the toys is great but he needs to start adding substance. 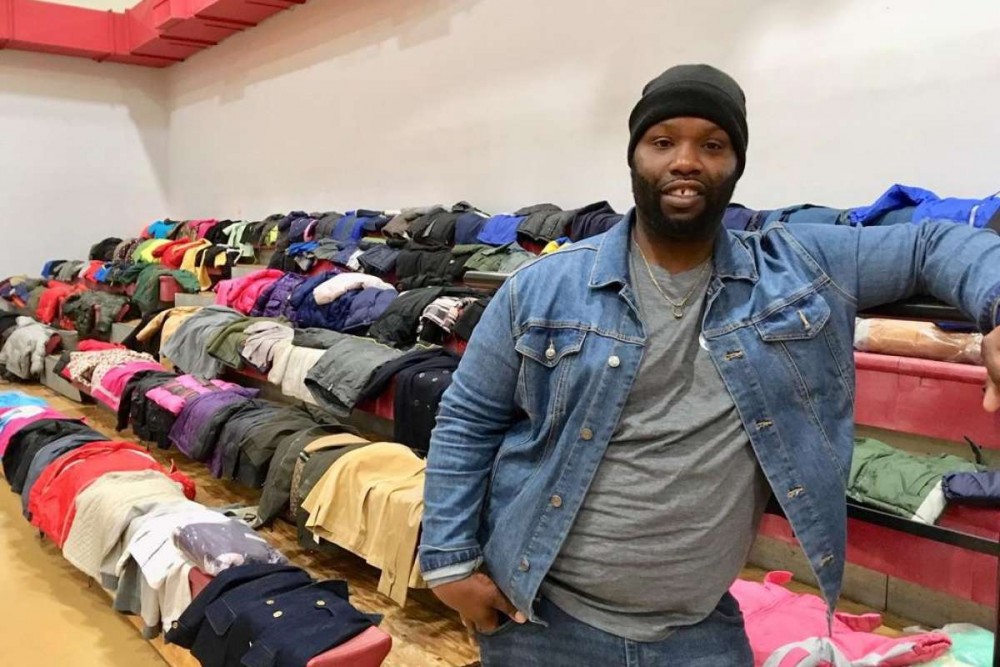