Today we honor Juneteenth in commemoration of the ending of slavery in the United States. Additional information on the history of Juneteenth can be found here: https://www.juneteenth.com/
Published on CBS Boston
Written by: Anaridis Rodriguez


BOSTON (CBS) – Juneteenth, a blend of the words June and nineteenth, honors June 19th, 1865. It’s the day General Gordon Granger rode into Galveston, Texas to announce the end of the Civil War and tell enslaved Africans they were free.

General Granger had marched through Galveston reading General Order No. 3 which stated: “The people of Texas are informed that, in accordance with a Proclamation from the Executive of the United States, all slaves are free.”

“President Abraham Lincoln is no longer alive when General Granger issues the order. Significantly, there are a number of Confederate states that are going in and out of being registered as free,” Frazier said. “It’s a very tumultuous time. But that issue of General Order No. 3 is the important celebration that we have today.”

According to a Congressional Research report, Texans began observing the day in 1866. By 1980, Juneteenth became a Texas state holiday. It’s not a federal holiday, but 47 states and the District of Columbia recognize the Emancipation Day. In Boston, the homecoming happens at Franklin Park. 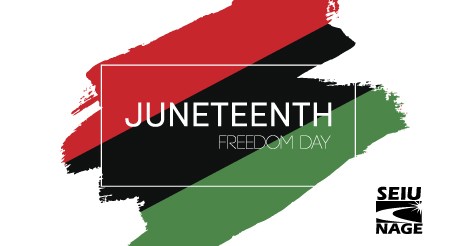