The National Association of Government Employees (NAGE) has unanimously voted to endorse State Senator Diana DiZoglio in her campaign for State Auditor of Massachusetts.

Supported by an overwhelmingly positive survey of NAGE’s Massachusetts members, NAGE is proud to support State Senator DiZoglio’s run for State Auditor. Over the course of her still-flourishing career, State Senator DiZoglio has demonstrated an astounding dedication to improving the lives of those who live and work in the Commonwealth, from her time working at NAGE to her tenure with the Professional Fire Fighters of Massachusetts to her relentless public service in the state legislature.

“Diana DiZoglio is no stranger to what it takes to make real advancements for labor,” said NAGE National President David J. Holway. “Diana has an incredible drive, a passion for helping others, and a deep appreciation of what it means to serve one’s community. There is no doubt in my mind that she’s the right person for this job.”

State Senator DiZoglio said that she plans to maintain this enthusiasm for creating a better Commonwealth for workers if elected State Auditor. “We’re going to continue the fight that we started way back when I started working for you, up at the constitutional level. I want to make sure that worker’s rights across the board are defended,” said DiZoglio. 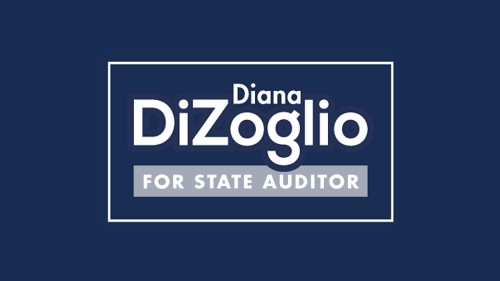