The following was submitted to the Department of Family and Medical Leave, in response to their new draft regulations for the Paid Family Medical Leave Act (PFMLA).

To whom it may concern:

The National Association of Government Employees files these comments regarding the new draft regulations issued for comment.  NAGE was unable to file by the web application.

NAGE is and always has been a supporter of the Paid Family Medical Leave Act.  The implementation of the Act, through the promulgations of regulations by the Department of Paid Family and Medical Leave (DPFML), has strayed from the intent of language of the Act and the present revised draft regulations maintain the errors.   Our concerns surrounding the implementation of the Law are focused on two fairly narrow but important aspects of it.

First, the PFMLA needs to have a revenue stream to make it work. The question is, who will pay for it: the employer, the employee or a combination of the two?

Our view is that in the case of the State, the employer should bear the entire cost.  Most major employers in Massachusetts provide, or at least contribute to, short and long term disability insurance for their employees.  Unlike other big employers, the State does not contribute a nickel for this purpose.  The second reason is that the Baker Administration essentially imposed a contract on State Unions in 2017, which left us lagging behind the rate of inflation.  For these reasons, we have sought to have the State pay the full freight rather than employees having to bear additional costs.

In September of last year, the Baker Administration unilaterally began deducting a tax or fee of about one half of one percent from employees’ paychecks. This amount was what the Administration had decided was going to be “your share” of the payments needed to fund the new Paid Family and Medical Leave Act (PFMLA).

When this occurred, NAGE did not believe the administration had the right to make this deduction without first coming to an agreement with NAGE or, at least, bargaining to impasse.  They did neither.   When the Administration acted unilaterally, we immediately filed a charge at the Department of Labor Relations (DLR) alleging that they had committed a Prohibited Practice within the meaning of Section 10 of Chapter 150E of the General Laws ("Law").

The DLR conducted an investigation under its rules, and on May 21, 2020, found probable cause that the administration had violated the Law.  The DLR also issued a complaint specifying the particulars of the violation.

Second, aside from the question of who bears the cost, we also have a significant problem with the way the State is interpreting the Law.

The Law seems to be very clear that employees can use PFMLA in combination with accrued sick leave they may have, so long as the total doesn’t exceed 100% of their regular salary.   We think this provision is of great value to our members and we have no quarrel with 100% limitation. The problem, however, is that the DFML is taking the position that you have to choose between PFMLA or your sick leave and that you cannot use them in combination.  So even though, DPFML insists the PFML runs concurrently with any accrued leave used by State employees, whether a State employee uses the PFML benefit or not, they cannot avail themselves of both benefits.  One or the other benefit is rendered meaningless while the State
employees pay full freight.  Those payments will benefit only non-State employees covered by the PFML. 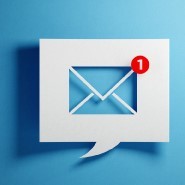