MORROW COUNTY, OH – Local EMS board officials ratified a new contract this week which will include not only significant wage increases and increases to paid time off, but for the first time in the forty-six-year history of the organization, a 401k plan and health insurance coverage will be established for the first responders. The milestone contract agreement comes after more than a year of negotiations and several years of campaigning by unit members for the addition of health benefits. The critical influx of financial support for Morrow EMS stands out in an industry where the Center for Medicare Services estimates 74% of career EMS workers take on multiple jobs to make ends meet.
International Association of EMTs and Paramedics (IAEP) union negotiators and Morrow County EMS unit members lead bargaining efforts for the landmark contract. The final rendition of which was made possible by two Morrow County levies passed in May of this year to provide more EMS funding, the first receiving a resounding 71% majority vote. “This contract will finally make Morrow County EMS a career destination instead of a stepping stone.” said IAEP National Representative Kennard Skaggs, a Toledo native who worked with Morrow EMS to achieve the final contract agreement. His comments striking to the heart of retention problems experienced by EMS units across the country; as harrowing incidents like active shooter scenarios become more commonplace and more than twenty-one thousand EMTs and paramedics are injured on the job annually, according to the CDC.
Steps toward a more stable support system for Ohio EMS workers could not come at a more auspicious time as a multitude of rural America’s EMS units often go without the resources necessary to do their jobs. Meaning fewer first responders are being stretched to cover the gaps made by lack of funding and turnover due to low wages, non-existent benefits and burnout. IAEP locals in Oregon report these turnover rates have consistently hit 50% or more at their stations with employees of three years or less. States like Maine have gone so far as to declare dwindling EMS availability an outright crisis, making contracts like the one signed in Morrow County stand out as hopeful signs of improvement in the industry.
Only weeks after the levies passed, the near-fatal accident of Ohio State Trooper Jason Phillips would further strengthen the need for a well-supported EMS system in Morrow. One of those responsible for Phillips’ rescue, IAEP Local R7-059 President and veteran EMT Adam Van Duzen commented on the contract, “I’ve worked here for 10 years and made a commitment to serving the people of this county. I want to serve our residents for as long as I can, and these benefits will help make that possible.” Van Duzen, along with his fellow Morrow County EMT and partner Judy Ortiz were honored by Ohio State Highway Patrol last month. 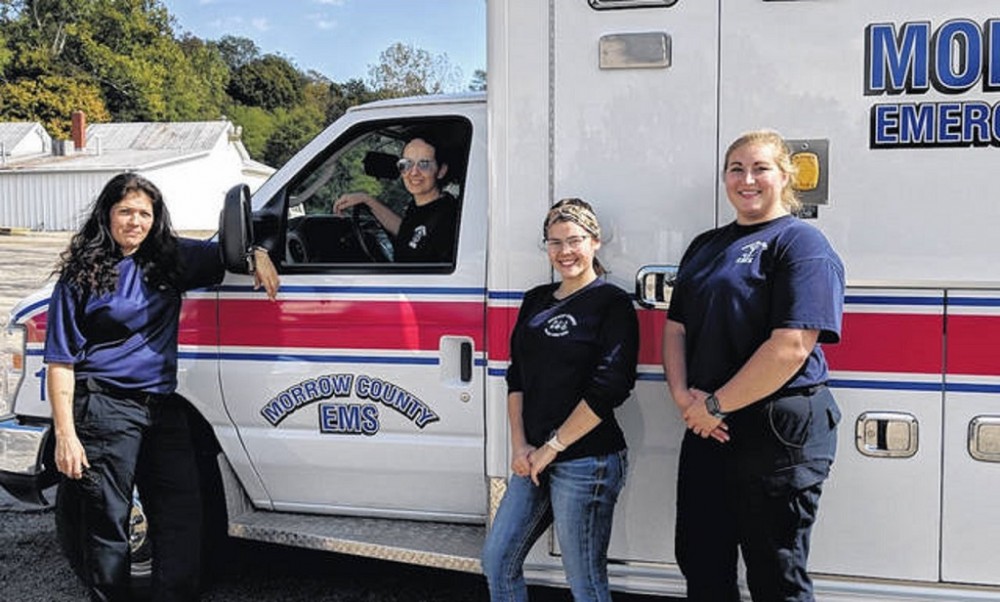