MA Pension Fund Gains Added $70 Billion Over 10 Years
The state's pension fund has gained $70.6 billion over the past decade, exceeding its targets by $12 billion after posting the fourth largest annual gain in its history in 2021, fund managers reported on Thursday.

Pension Reserve Investment Management Executive Director Michael Trotsky has previously shared that the fund, which pays retirement benefits to state employees and teachers, grew by 20.1 percent after fees in 2021, for a gain of $17.4 billion, and closed the year at a record high $104.3 billion. Trotsky told the PRIM Board Thursday that its three-year, five-year and 10-year returns of 16.1 percent, 12.4 percent and 10.5 percent all beat the state's established target return rate of 7 percent.

"We have a saying around the halls of PRIM: to the extent PRIM is successful, we are the taxpayers' friend – not to mention the retirees’ friend," Trotsky said.

Despite the gains, the pension fund won't be fully funded until 2040, based on current projections. Gov. Charlie Baker's fiscal year 2023 budget calls for a transfer of $3.744 billion to the pension fund to maintain the schedule, and to make a supplemental transfer of $250 million to a reserve fund that could either speed up full-funding or lower required deposits in future years.

Managers of the state's $104 billion state pension fund will no longer support corporate directors at companies that have failed to align their business plans with the goals of the Paris Climate agreement.

The Pension Reserve Investment Management Board voted unanimously Thursday to support Treasurer Deb Goldberg's push to engage in "shareholder activism" to fight climate change. The vote concluded a process initiated last year by Goldberg to try to use the size of the state's pension fund as a weapon against climate change by building pressure from within companies to become greener, rather than withholding investments.

"There's been an extraordinary move and recognition of the business risk associated with climate change and what's made it more evident are the wild swings and incredible risk of doing business in many parts of the country with climate disruptions," Goldberg said.

Theresa McGoldrick, a PRIM Board member and Executive Vice President of the National Association of Government Employees, said the policy would allow PRIM to take a stand against climate change but also fulfill its fiduciary duty to retirees in the system. "It's a win-win situation," McGoldrick said.

PRIM Board member Robert Brousseau, who represents the State Teachers' Retirement System, said he has heard from many teachers who support the measure. Through engagement we're finding this is a far more productive enterprise than simply divesting our investments," Brousseau said.

The new policy directs pension fund managers to use PRIM's proxy shareholder voting rights to oppose directors at companies that have "failed to align their business plans with the goals of limiting global warming to 1.5 degrees Celsius, as set forth in the Paris Climate Agreement, and/or that have failed to establish a plan to achieve net zero emissions by 2050."

Goldberg noted how an activist hedge fund that owns a small share of Exxon succeeded last year in electing three members to the fossil fuel giant's board. "Some will still want divestment, but it's becoming more and more evident that engagement potentially has a great deal more impact," Goldberg said. Treasury officials noted all divestment legislation was referred for further study by the Feb. 2 deadline for committees to report on bills before them, essentially ending the Legislature's consideration of divestment until at least next year. - Matt Murphy/SHNS 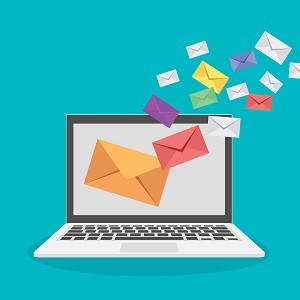