The Trial Court has put out the following memo:
Emergency Notice to Employees

﻿This evening Governor Baker directed that all non-emergency state employees working in Executive Branch agencies should not report to their workplace on Monday, March 16 and Tuesday, March 17. However, employees who are designated by their managers as emergency for the purposes of coronavirus planning were directed to report to work.

In light of the Governor’s declaration, all trial courts in the Massachusetts Trial Court will be closed on Monday, March 16 and Tuesday, March 17.

Chief Justice Carey has directed that all Trial Court employees, except First Justices, Regional Administrative Justices, Clerks, Clerk Magistrates, Registers, the Recorder, Chief Housing Specialists, Chief Probation Officers, ELMO employees, and Chief Court Officers, and any employees that they deem essential, are designated as essential employees in order to effectuate emergency business of the court and prepare for the implementation of the Trial Court departments’ Standing Orders, which take effect on Wednesday, March 18.  On March 16 and March 17, Judges will be available in each court by telephone conference to review bail determinations for any person held in custody for an arrest that occurred over the weekend and on Monday, respectively.

Any matters that are due to expire on March 16 and March 17 remain in effect until the matter has been rescheduled.  Except for bail review determinations, all other matters are continued until the court has reopened for regular business.

Court leaders will continue to closely monitor the situation and will inform employees whether the courts will reopen for limited business on Wednesday, March 18 as set forth in the Supreme Judicial Court’s Order Regarding Departmental Standing Orders that were issued on Friday, March 13.
We would like to thank the Trial Court for working closely with NAGE, and taking precautions to ensure health and safety throughout the courts in MA.  We will keep you updated as any additional information becomes available.


You can view the posting on mass.gov HERE 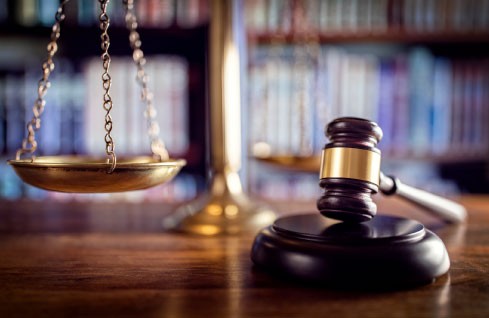