It was 4:32 p.m. and Mike Diaz was almost halfway through another punishing 24-hour shift when the call came over the ambulance radio. Nine miles away, a man had lost consciousness. “We’re en route from Palmdale Regional,” Diaz told the dispatcher, pushing away the thought of grabbing some food, as he flicked on the lights and sirens and sped off into the suburban maze of the Antelope Valley. He had worked as an emergency medical technician here in the northernmost part of Los Angeles County for over a decade, but he still experienced the same thrum of adrenaline on urgent calls. Lately, however, on January afternoons like this one, his excitement was overpowered by a sense of futility and dread.

A few minutes after the dispatcher’s call, Diaz backed the ambulance into the driveway of a single-story house with a white picket fence. He and his partner, Alexandra Sanchez, followed a paramedic from the fire department into a dim living room, where an old man was stretched out on a cot, grimacing in pain. As Diaz crouched to check the man’s vitals, a middle-aged woman said that she had first noticed her father, who was 88, becoming less coherent around a week ago. The man was more confused than usual, and contractures had stiffened his thin legs into tent poles. Their primary care doctor wasn’t picking up the phone. Still, the family held off on dialing 911 because they feared that sending him to the hospital would expose him to the coronavirus. Only now that his condition had worsened had they decided to make the call. 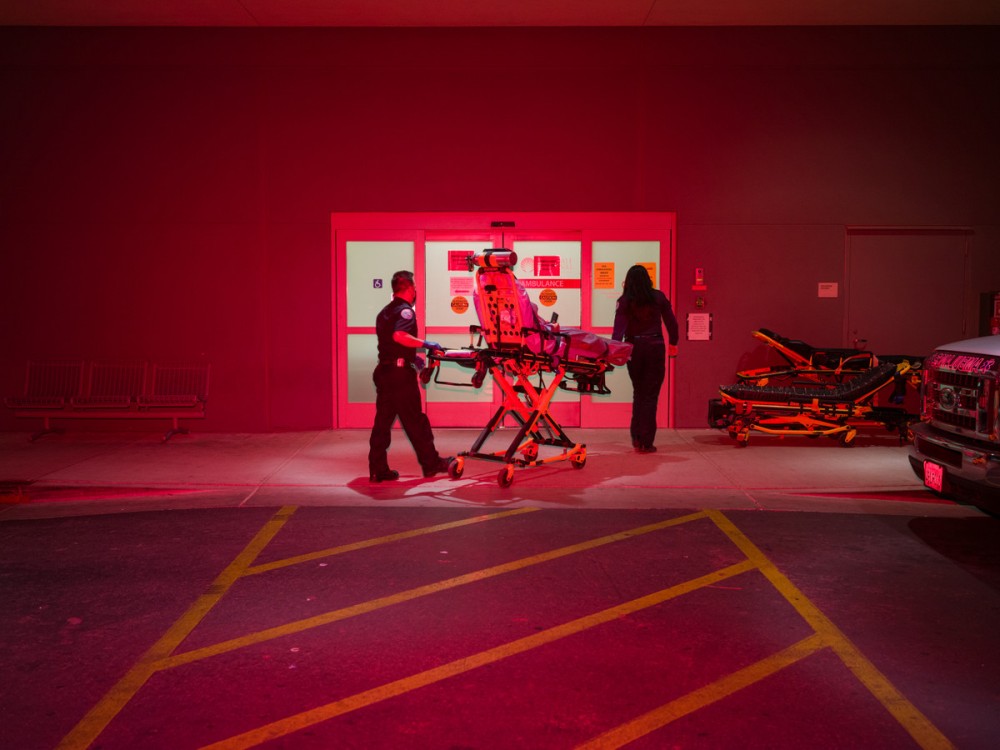 Diaz and Sanchez bring in a patient. Credit: Brinson+Banks, special to ProPublica