(Lincoln, RI) As many of you are aware, there was a tragic fire that displaced 30 Manville residents from their homes early on New Year’s morning.

In true Lincoln fashion, other residents came to donate to the families who suffered this loss. The donations were plentiful and generous, to say the least. So much so that London Company donated the use of two tractor trailers to move the donations. There was such a desire to help that residents waited in line for over an hour to donate. Thanks to your donations, victims of the fire were taken care of in aabundance and charities such as Operation Stand Down, Big Sisters RI, Salvation Army, and Limerock Food Pantry will also be receiving some of these items.
We wanted to recognize all of the volunteers who assisted with this effort and thank them publicly. First responders from Lincoln PD, Lincoln Rescue, Lincoln Fire Departments, workers from Town Hall, and other citizens alike showed up to help.

We are especially proud of IBPO 435 member Captain Phil Gould for organizing and overseeing this herculean event. He, along with other dedicated servants such as Assistant Planning Director Peggy Weigner, dropped all of their plans for yesterday to help people they have never met before. This is what public service looks like in Lincoln. 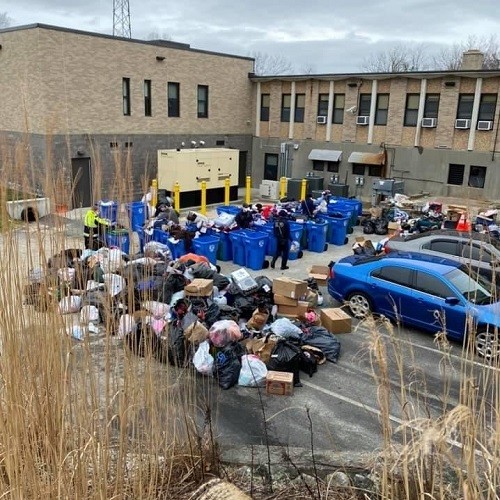