The Connecticut State Police said they responded to Danielson Airport Saturday morning for a report of a person who was injured in a rough landing at the airfield. He was transported to Day Kimball Hospital, where he was pronounced dead. Callan was skydiving Saturday with Skydive Danielson, which is located at the airport.

Maj. Dennis Pineault, a spokesman for the Rhode Island National Guard, said Callan had 30 years of total service. He’d served with the Navy, then with the Guard, then went active duty into the Army before returning to the Guard, Pineault said. He most recently was a senior operations NCO with the 56th Troop Command, serving as a senior planner for the organization, Pineault said.

“First Sergeant Callan was an important member of our team, and the entire National Guard family mourns his loss and holds all of his family, his friends and his brothers and sisters in uniform, both in the National Guard and the East Greenwich Police Department, in their thoughts,” Pineault said.

Pineault said the jump Saturday was recreational, and not related to Guard duties.

Callan is survived by three children, as well as his mother, his father, and two sisters, according to a news release from the East Greenwich Police Department. He was a 15-year veteran of the police force and an “exemplary” officer, serving as second shift supervisor, the department said. He was also the jump master for the Guard’s annual Leapfest competition at the University of Rhode Island.

“Sergeant Callan will be sorely missed,” the department said.

Callan was an experienced skydiver and military paratrooper who participated in displays with the Liberty Jump Team, a volunteer organization that honors veterans at air shows with static line jumps.

“He was so interested in history, it was a perfect fit for him,” said David Accetta, a fellow team member who first met Callan about 10 years ago through his civilian Army job.

“There’s a freedom in that whole experience, to be able to jump out of an aircraft,” Accetta said. “You’re not necessarily flying, but you’re doing something you normally would never get to do.”

Callan was experienced in just about every type of parachuting, from skydiving to static line jumping out of World War II-era aircraft. He jumped in Holland as part of the commemoration of the Market Garden operation in World War II, Accetta said. 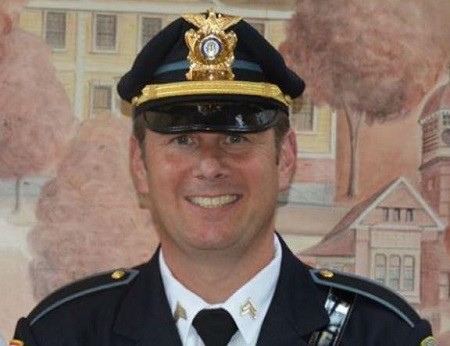 Photo via the Providence Journal