IAEP Local R7-799 member Paramedic Rose Pelzel, has recently been recognized for her near-half of a century of service in Minneapolis, Minnesota.

After nearly forty-seven years of dedicated service, with the expectation of more, Pelzel is being recognized by the American Ambulance Association as a recipient of a 2019 Stars of Life award.

Please join us in congratulating Paramedic Pelzel and read more about Pelzel's accomplishments below.

The article below was originally published by CBS Minnesota Channel 4, you can find the article and a video interview with Rose Pelzel by clicking here.

MINNEAPOLIS (WCCO) — Rarely do people work at the same place their whole life, let alone in the same career field. But Rose Pelzel continues to do both.

The Twin Cities paramedic was recently honored for her nearly 47 years of service, as she’s regarded as a trailblazer for the profession in Minnesota.

Behind every door is an opportunity, which for Pelzel means another chance to do the job she loves. A paramedic of 45 plus years, she’s been the constant at a Ramsey County ambulance service that’s seen many changes over the decades.

“It started out with Divine Redeemer and got folded into Health East,” she said.

Pelzel was on the forefront of advancements in medical technology, from pneumatic gurneys to treating diabetic patients with sugar IV’s.

“Prior to being able to give them anything out in the field, we would always rush these people into the hospital,” Pelzel said.

Her adventurous career began as a housekeeper at a hospital in 1971, who then took first aid training, which led to a friend daring her to apply for a paramedic opening. Seeing a woman in an ambulance is normal now, but Pelzel was the first of her time.

“Because there were no women, so I did, on a dare,” she said. “The hospital didn’t expect a female, so I would be escorted into the family room because they always thought I was a family member. ‘No no, I’m here with the patient.'”

She says the male-dominated field also wasn’t the most welcoming in the beginning, but the stubborn Samaritan stuck to her guns, much to the delight of her future coworkers.

“She truly is kind of like the big sister to everybody,” operations supervisor Nicholas Lesch said. “Rose has been everything from a shift lead, to a counselor, to a field training officer, critical care medic, and a true confidant to everybody here.”

It’s for those reasons, in addition to her dedication to EMS, that Pelzel was given a 2019 Stars of Life award by the American Ambulance Association.

“I do believe I’m the longest serving street medic in the country,” she said. “We celebrated the hell out of it.”

And while she’s quite proud, she won’t take all the credit.

“You cannot do this alone, and I think it’s important to remember that so that you treat your partners with respect,” she said.

Her main role now is field training officer, making sure the next generation of life-savers maintains the legacy and professionalism she helped create, protecting the community she’s proud to serve.

Pelzel said she has no immediate plans of retiring or switching careers. 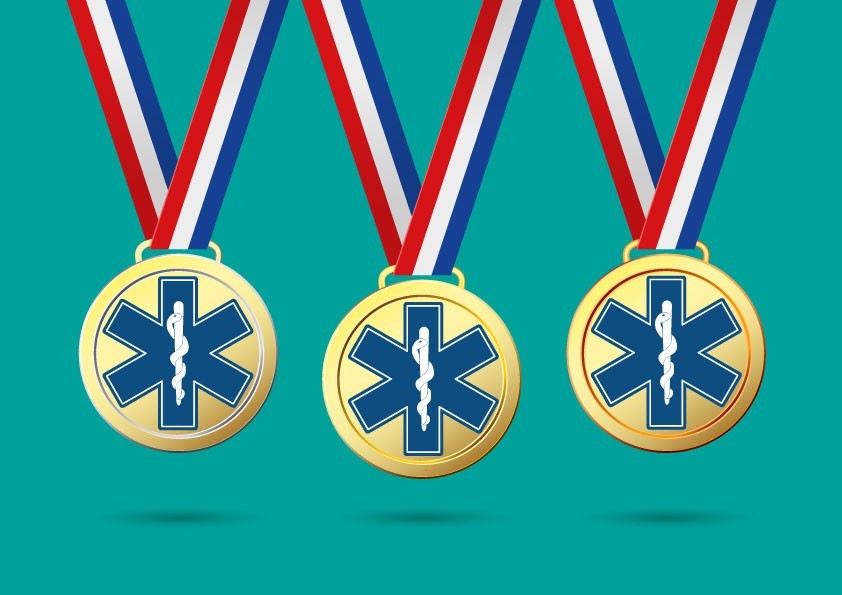