The following was published in the State House News on October 24, 2018.

... The special agent in charge at the FBI's Boston division is retiring in January ... Save the Harbor/Save the Bay's longtime president and CEO is also stepping down at the end of the year ... An offshore wind power development official has left the state and signed on with the industry ... the Group Insurance Commission has a new vice chair, and a new member ... And there's new personnel on board or promotions at Rasky Partners, Solomon & McCown, MassVentures and Salem State University ... Please enjoy the Personnel File ...

The FBI's Boston division on Oct. 18 announced the retirement of Special Agent in Charge HAROLD "HANK" SHAWeffective January 2019. Shaw worked with the FBI for 20 years, previously overseeing operations in Maine, Massachusetts, New Hampshire and Rhode Island. He also serves as the Director of National Intelligence's representative for the New England region. Shaw grew up in Weymouth and began his FBI career as a special agent in 1999 in the New York division, where he investigated international and domestic terrorism, including the USS Cole bombing and the Sept. 11, 2001 terrorist attacks. He has accepted a position as chief security officer at a quasi-public authority, which the FBI did not name.

President and CEO of Save the Harbor/Save the Bay PATTY FOLEY will step down at the end of the year from the non-profit Boston Harbor advocacy organization. Foley has led the organization since 2000 and officials there credit her with increasing membership from 500 to more than 5,000, growing the organization's annual budget from $150,000 to over $1 million, and expanding the organization's free youth environmental education programs that have connected nearly 250,000 young people to Boston Harbor. Save the Harbor/Save the Bay has retained Chuck Gordon of The New Kensington Group, Joannie Jaxtimer of Joanne Jaxtimer Consulting and Robin Jones of JStrategies to advise them on the transition and conduct the search for the new president and CEO. Boston Mayor Martin Walsh said, "I thank Patty Foley for her decades of work to improve and protect our harbor, while making it more accessible for our residents to enjoy. I wish Patty the best, and look forward to continuing the City of Boston's strong partnership with Save the Harbor/Save the Bay as we build on our vision to create a waterfront and harbor open for all."

A senior state official responsible for offshore wind development has made the leap to the industry developing that power source. European offshore wind energy developer EnBW has tapped BILL WHITE as the managing director of its North American operation. Most recently the senior director of offshore wind sector development at the Massachusetts Clean Energy Center, White led construction of the New Bedford Marine Commerce Terminal, according to EnBW. Previously, he served as assistant secretary for federal affairs in the Executive Office of Energy and Environmental Affairs and has also worked in the U.S. State Department and a special assistant to the president in the Clinton White House. EnBW operates offshore wind turbines with a 336-megawatt capacity in Germany and plans to invest $5 billion by 2025 in further expansion of renewable energy, focusing on selected foreign markets in the Asia-Pacific region and North America.

The Group Insurance Commission has elected BOBBI KAPLAN as vice-chair. Kaplan currently serves as the executive vice president of the National Association of Government Employees (NAGE) Local 207. Kaplan has also been a member of the commission since early 2016, and was reappointed by Gov. Charlie Baker for a three-year term in 2017. Kaplan has worked for nearly 30 years at the state comptroller's office and was formerly the Labor Chair of the NAGE Health and Welfare Trust Fund. She is a graduate of Bridgewater State University, with a bachelor's degree in psychology.

Baker also recently appointed ANNA SINAIKO to the commission. Sinaiko is an assistant professor of health economics and policy in the Department of Health Policy and Management at the Harvard T.H. Chan School of Public Health. Sinaiko's had her work published in the Journal of Health Economics and Health Affairs. She received a doctorate in health policy with a concentration in economics from Harvard University, a master's degree in public policy from the Harvard Kennedy School, and earned her undergraduate degree in public and international affairs from Princeton University. The commission is governed by 17 members, all appointed by the governor.

Solomon & McCown announced on Oct. 18 the addition of JILLIAN YOUNGBLOOD as vice president to oversee national communications strategies. Youngblood has 15 years of experience in education, tech, government, politics, health care and urban planning. Prior to joining Solomon McCown, she was a vice president at The Noodle Companies, an education technology company. A former Capitol Hill staffer, Youngblood was a legislative assistant for Congressman Jerrold Nadler, where she worked on the 9/11 Health and Compensation Act and issues related to health care, urban planning and the arts. She holds a B.A. from the New York University Gallatin School of Individualized Study with a concentration in media and politics.

Salem State University has announced that CHERYL CROUNSE will advance to the roles of vice president of institutional advancement and executive director of the Salem State University Foundation. Crounse will begin serving in her new role in April of 2019, following the retirement of CYNTHIA McGURREN after 32 years at the university. Crounse joined Salem State in 2011 as the campaign manager for the 10,000 Reasons Campaign, a university fundraising effort. She was later promoted to assistant vice president and then associate vice president of institutional advancement, the position she currently holds. "Through her exceptional fundraising skills, tremendous work ethic and infectious passion for the work that we do at Salem State, Cheryl has already inspired countless individuals to invest in our institution," said university president John Keenan. "I have complete confidence that Cheryl and the entire institutional advancement team will build on Cynthia McGurren's legacy, setting and exceeding goals that will ensure the best educational opportunities for our students." Prior to joining Salem State, Crounse spent five years at Emerson College directing campaign planning and advancement services. She also spent time fundraising for the Harvard Graduate School of Education and Beth Israel Deaconess Medical Center.

MassVentures on Oct. 16 announced the addition of JASON ALLEN as vice president. Allen comes to MassVentures from Ovia Insights, a division of Ovia Health, where he led sales and marketing efforts. Simultaneously he worked at Launch Capital. Allen has also worked as the director of inside sales at Attivio, a search and text company. "We are delighted that Jason Allen is joining the team as a vice president," said MassVentures President Jerry Bird. "His background in venture capital as well as in sales, marketing and business operations at emerging technology companies will enhance our capabilities as we continue our investments in the Commonwealth's innovation economy." Allen earned a J.D. from Northeastern University School of Law, a Master of Theological Studies from Harvard Divinity School and a B.A. from Denison University.

Public affairs firm Rasky Partners announced Tuesday that JEFFREY TERREY will serve as a partner. The firm also announced that GRAHAM SHALGIAN, ALEXANDRA WICH and KRISTYN ANDERSON have also been promoted. Terrey will continue in his roles as senior vice president in the government relations practice in Boston and leader of the codes and regulations group as well. "We are thrilled to have Jeff take this next step as a partner of the firm," said Larry Rasky, CEO and chairman of Rasky Partners. "For over 15 years, Jeff has provided our clients with the strategic counsel, expert guidance and first-rate service that have become synonymous with this firm." Terrey joined Rasky Partners in 2002 after serving as political director for Massachusetts gubernatorial candidate Robert Reich, who served as secretary of labor under President Bill Clinton. Prior to that, Terrey was the legislative director at the Massachusetts Office of the Attorney General. He also served on the transition team for Boston Mayor Marty Walsh. "I'm honored to be stepping into this new role," said Terrey. "We have seen a steady increase in our work in New England, but also with other regional, multi-state and multinational organizations. I have full faith that our team will maintain that momentum, while continuing to provide superior service to our clients." Shalgian will expand his current role as senior vice president to oversee federal relations for the New England region. Shalgian will continue to serve as a senior lobbyist for Rasky's federal practice, while also focusing on the needs of New England businesses and nonprofits in Washington. Wich will serve as vice president for the firm's Washington office, where she supports both federal government relations and communications clients. Anderson has been named associate vice president and will focus on company operations as well as coalition management for clients, while continuing to serve as chief of staff to the CEO.

-- Got a new chief of staff, executive director, campaign manager, press secretary, spokesperson, or otherwise important new person in your office or organization? Losing a valued worker to a new career opportunity? The News Service welcomes all personnel announcements, which will be aggregated for periodic publication. Please include contact information in your reply to this email. 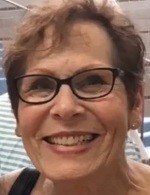