We received word that the shutdown of the Federal Government has temporarily ended.  This move will allow Federal workers to return to work, and their paychecks.  NAGE fought this shutdown every step of the way alongside other labor unions, and will continue to fight for out Federal member sin the aftermath.

Check out the article in the Boston Globe for further information on what led to this breakthrough, including the extreme delays at both LaGuardia and Newark airports.

"In an embarrassment to Trump, a Democratic proposal to end the shutdown got two more votes in the Senate on Thursday than a GOP plan, even though Republicans control the chamber 53-47. Six Republicans backed the Democratic plan, including freshman Senator Mitt Romney of Utah, who’s clashed periodically with the president."
As the longest government shutdown in American history continues, this past Friday approximately 800,000 federal employees went without their paychecks, even though more than half have been required to work since the start of the shutdown.  That same day, NAGE and two other Federal unions filed a lawsuit on behalf of the essential federal employees who continue to perform unpaid work.

The lawsuit details the government’s violation of federal labor laws, specifically the Fair Labor Standards Act.  NAGE National President David J. Holway stands strongly behind our federal members, “NAGE stands in solidarity with our federal members whose right and entitlement to timely pay is being violated. The impact to our members and the country is crippling. The lawsuit cannot reverse the damage, but we can at least make our members whole.”

NAGE is accusing the government of violating federal labor laws by forcing employees to work without prompt compensation.  “Federal employees, who work in service to the American public ensuring our safety, are just as deserving and entitled to receive timely pay for their work as any other employee,” states President Holway. “Having already found to be in violation of the FLSA for similar actions in the 2013 shutdown, the government’s knowing violations here are wholly unreasonable. Federal employees are not pawns, held hostage at the administration’s whim.  It is time to end the shutdown and pay employees what they are owed.”

We will keep you updated as the lawsuit progresses.


Additional articles on the shutdown and subsequent lawsuit can be found below:
The Hill
Today.com
Think Progress 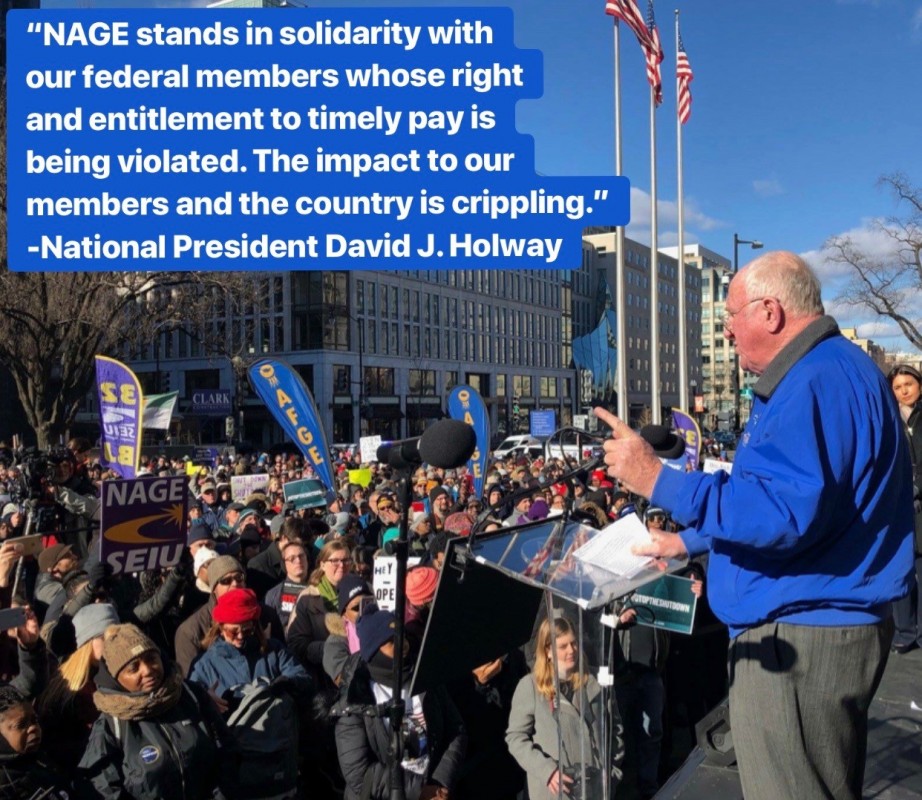