An alternative high school in Boise, Idaho serving the city’s at-risk teens is getting a big boost from the union representing the city’s police officers and several partner unions from around the country.

The support comes from the International Brotherhood of Police Officers and the charitable foundation of its affiliate union, the National Association of Government Employees, thanks to Jason Rose, NAGE e-board member and Boise police union and veteran of the Boise Police Department. Rose told his union brothers and sisters about the school at a national executive board meeting in early December. As soon as the union’s national leaders and staff returned to headquarters in Quincy, Massachusetts the following week, they wrote a $1,000 check from the NAGE Charitable Foundation. Union leaders asked for and received pledges of additional support from more locals in the IBPO and NAGE families from across the country.

“Our mission statement dedicates us to creating a more just and humane society,” said David J. Holway, national president of IBPO and NAGE. “When Jason told us about what was happening in his community, supporting him was the easiest decision in the world.”


“Helping High” in the high school

One of the school’s teachers, Jess Hawley, noticed kids trying their best to stay in school under heartbreaking circumstances. Some were walking to school in shoes held together with duct tape and spring jackets in the wintertime. Others were working 40 hours a week to keep their families housed and fed while trying to finish high school.

Hawley began a program called “Helping High.” Using his own money to start, he purchased jackets, coats, shoes, clothing, and food for a pantry. Students who need items make a deal with Hawley to keep their attendance and grades up.

“Jess is such a great teacher,” said Rose. “He did this on his own because he cares so much about the kids, and then it just grew.”

Rose said the program gained additional sponsors in the community, from churches and community groups to corporate sponsors. With the extra help, Hawley stocked Helping High with more practical supplies and bicycles, skateboards, iPods, and other teen-friendly items as incentives.

“He got lift tickets to a ski resort nearby, and they donated used equipment,” said Rose. “He makes them hold up their end of the bargain by staying in school and doing their work, but now they have that positive interaction with an adult and something to look forward to that they never had any reason to hope for before. It changes everything for these kids.”

Rose presented the NAGE Charities check to Hawley at the high school in a surprise meeting just before Christmas. He told Hawley how the story of his generosity had inspired people from his union and was bringing in support from across the country.

“I presented him with the NAGE check and told him we had several more checks inbound,” Rose said. “Mr. Hawley was speechless. He teared up and said he couldn’t find the right words to express his gratitude to NAGE and all the locals who were supporting his program.”

The “Helping High” program has received at least another $900 in donations in December through the NAGE family and more are on the way. If you would like to help, you can make a check payable to: 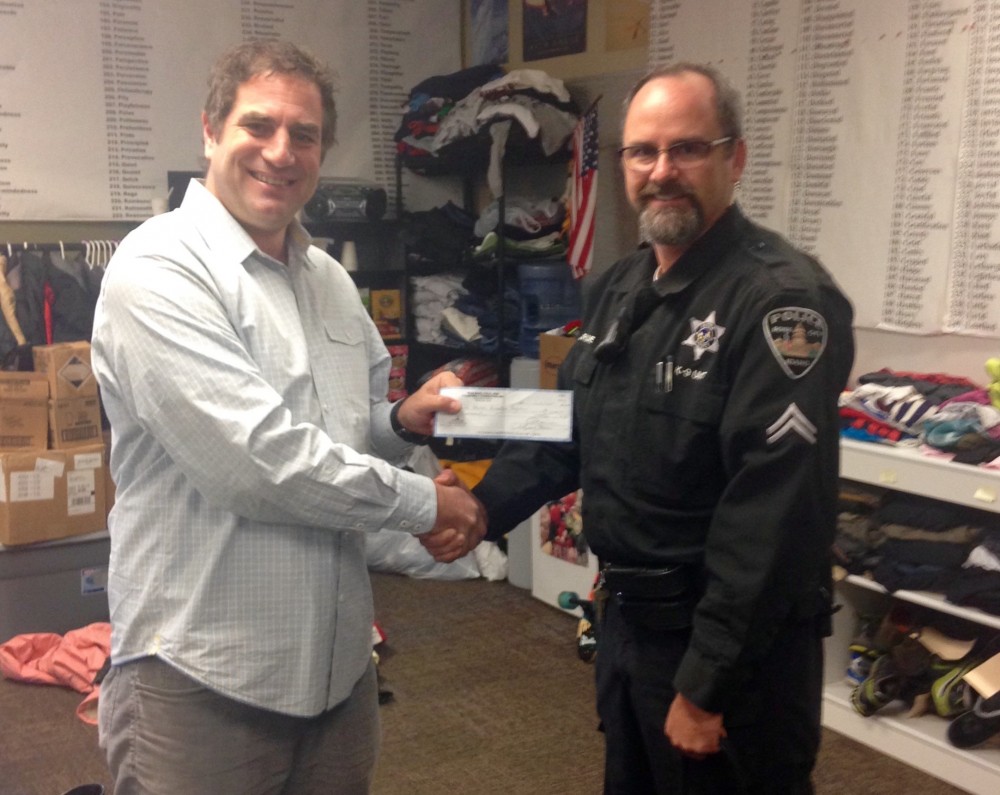